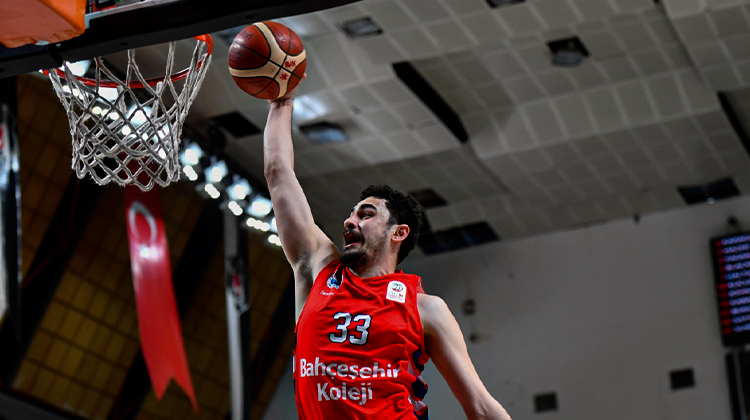 Bahcesehir Koleji met Besiktas Icrypex on the road for the 27th gameweek (postponment) of the ING Basketball Super League. Both teams fought hard from start to finish and the hosts were the victorious at the end by 83 – 80 final score.

The Red Dragons started the game with Ismet Akpinar, Shannon Evans, Jamal Jones, Stefan Jankovic and Vladimir Stimac five. Both teams started the game fluid on offense and Besiktas Icrypex led 26 – 24 at the end of first.

The teams displayed a balanced offensive and defensive performance and headed to the locker rooms with 48 – 46 Bahcesehir Koleji lead.

Coming off from the lockers, things looked more or less the same in the third quarter and Bahcesehir Koleji were up by 3 while entering the final part of the game (60 – 63).

In the last quarter, Besiktas Icrypex took control of the game thanks to Blackmon and Sengun’s effective scoring and won the game 83 – 77.

Bahcesehir Koleji will meet Empera Hali Gaziantep Basketbol on the road, on 18th of April for the 29th gameweek of the ING Basketball Super League.