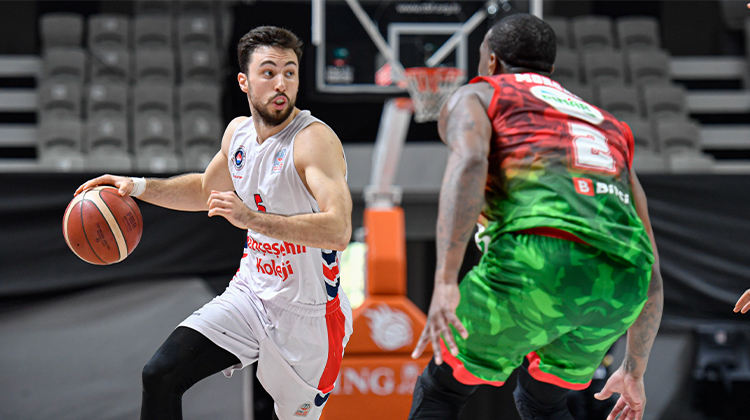 Bahcesehir Koleji hosted Pinar Karsiyaka for the 22nd gameweek of the ING Basketball Super League. From second quarter to the final buzzer, Bahcesehir Koleji tried to keep in touch with their opponents but couldn’t make it at the end and lost the game 83 – 96.

The Red Dragons started the game with Shannon Evans, Erick Green, Erkan Yilmaz, Stefan Jankovic five. In the first quarter, both teams displayed a balanced game and they ended it with 22 – 22.

In the second quarter, Pinar Karsiyaka took control of the game and entered the lockers with 44 – 38 lead.

Coming off from the locker rooms, Bahcesehir Koleji tried to cut down the lead all second half but Pinar Karsiyaka hold the Red Dragons at bay and won the game with 83 – 96.

Bahcesehir Koleji will meet Frutti Extra Bursaspor on road on 7th of March.