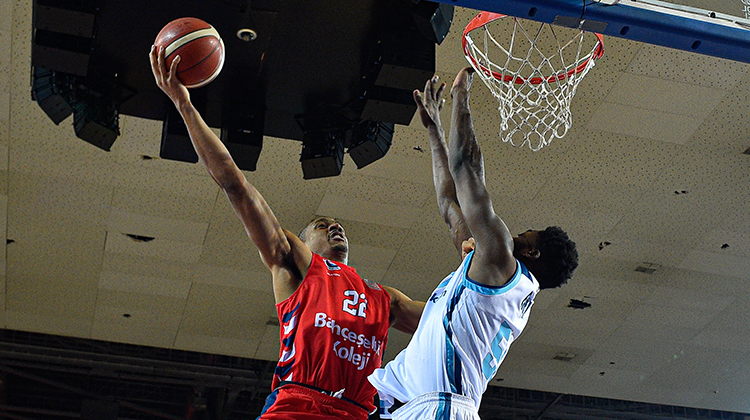 Bahcesehir Koleji have faced Turk Telekom on road fort he 18th gameweek of the 2020 – 2021 ING Basketball Super League season. Having played without Jamal Jones due to his injury, Bahcesehir Koleji competed against their rivals throughout three quarters but couldn’t stop Kyle Wiltjer and lost the game by 101 – 88.

Telekom had a better start to the game and led Bahcesehir Koleji 28 – 20 at the end of the first quarter.

But the Red Dragons fought back in the second and cut the gap by one when entering the half time.

Coming off from the lockers, both teams had a close competition and Bahcesehir Koleji entered the last quarter with 2 point deficit.

In the last quarter, the Red Dragons couldn’t stop sharp-shooter big man Kyle Wiltjer and lost the game with 101 – 88.

The Red Dragons will host EuroLeague side Anadolu Efes on January 31 for the 19th gameweek of the Super League.