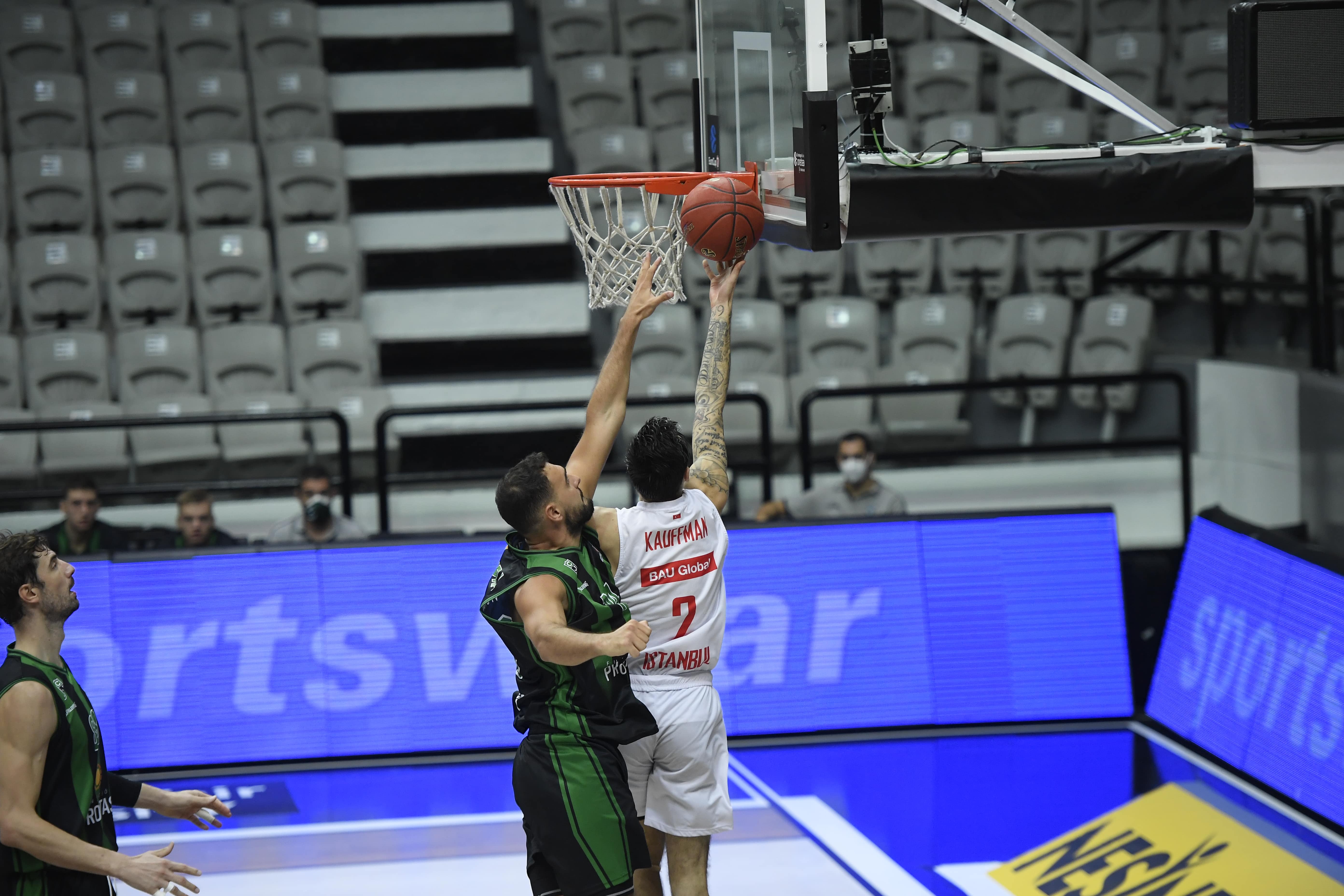 Bahcesehir Koleji met Joventut Badalona in the third round of 2020 – 2021 7DAYS EuroCup season. The Red Dragons fell behind in the beginning of the game, tried to cut down Badalona’s lead whole game but couldn’t make it and lost the game

Bahcesehir Koleji started the game with Alex Perez, Erick Green, Jamal Jones, Peyton Aldridge ve Deniz Kılıçlı five. In the first quarter, Badalona opened a gap thanks to effective post-play of Ante Tomic and past the first period with 28 – 16 lead.

Bahcesehir Koleji tried to get closer with Hadi Ozdemir, who scored 8 points in the second quarter but the teams went to the locker rooms with 40 – 50.

Joventut Badalona started the second half with made goals from Ante Tomic. Bahcesehir Koleji stayed in the game with Thomas Akyazılı and Erick Green’s three pointers but Spanish side kept the lead until the last whistle and won the game with 91 – 72. This result means Bahcesehir Koleji lost its all three games that it played in 2020 – 2021 7DAYS EuroCup season.

Bahcesehir Koleji will meet Anadolu Efes on Sunday, for the forth game of ING Basketball Super League.