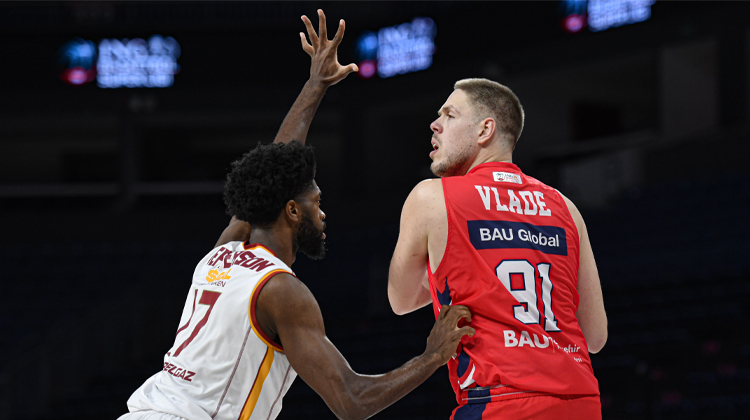 Bahcesehir Koleji have faced Galatasaray on road fort he 25th gameweek of the 2020 – 2021 ING Basketball Super League. From start to finish, both teams displayed a very tough game but at the end, Galatasaray were the victorious with 101 – 90.

The Red Dragons started the game with Shannon Evans, Erick Green, Jamal Jones, Stefan Jankovic and Vladimir Stimac five but Galatasaray took control of the game towards the end of the first quarter (32 – 21).

In the second quarter, the difference went up to 15 at one point but Bahcesehir Koleji cut the lead to five thanks to 11 – 2 run towards the second quarter and the teams went to lockers with 52 – 47 Galatasaray lead.

Coming off from the lockers, Bahcesehir Koleji stayed in touch and the teams entered the last quarter with 72 – 65 Galatasaray lead. The hosts kept controlling the game until the final buzzer and won the game with 101 – 90.