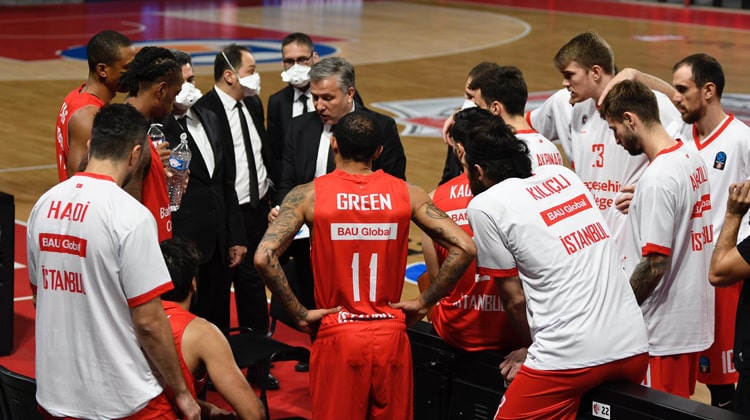 Bahcesehir Koleji met JL Bourg on the road fort he sixth gameweek of the 2020 – 2021 7DAYS EuroCup season. The Red Dragons lost its sixth consecutive game in EuroCup with 79 – 77, despite having a close game from start to finish.

The Red Dragons started the game with Alex Perez, Erick Green, Jamal Jones, Burak Can Yıldızlı, Josh Owens five. In the first quarter, both teams had small runs and it was ended with JL Bourg’s 21 – 19 lead.

The second quarter started with balanced performances from both teams but JL Bourg started to dominate the Red Dragons and finished the first half with 43 – 35 lead.

Coming off from the lockers, Bahcesehir Koleji cut down JL Bourg’s lead and entered the last quarter with 57 – 58 thanks to Erick Green’s lead on offense.

In the last quarter, JL Bourg was the side who did fewer mistakes on defense and won the game with 79 – 77. This result means Bahcesehir Koleji lost all of its six games in 7DAYS EuroCup season.

Bahcesehir Koleji will meet Pinar Karsiyaka on the road on 7th of November for the seventh gameweek of the 2020 – 2021 ING Basketball Super League.