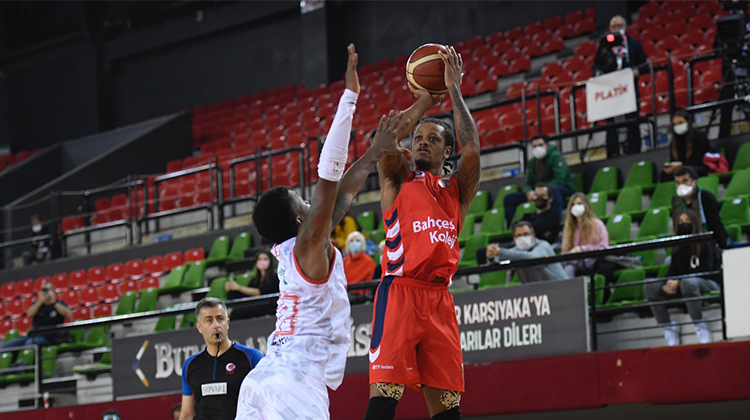 Bahcesehir Koleji met Pinar Karsiyaka on the road fort he 7th gameweek’s postponed game of the 2020 – 21 ING Basketball Super League. Despite having controlled most of the game, Bahcesehir Koleji couldn’t prevent Amath M’Baye from scoring the game winner shot in the last second and lost the game with 82 – 79.

The Red Dragons had a pretty good start to the game and led its opponents by 6 at the and of the first quarter (13 – 19).

Coming back from the lockers, Karsiyaka balanced the game with a good defense and the teams entered the last quarter with 51 a piece.

In the last quarter, Bahcesehir Koleji once led the game by 10 but Karsiyaka had a good rhytm from behind the arc and won the game in last second thanks to a three point made by Amath M’Baye (82 – 79).

Bahcesehir Koleji will meet OGM Ormanspor on the eleventh gameweek of the 2020 – 21 ING Basketball Super League season on 6th of December.