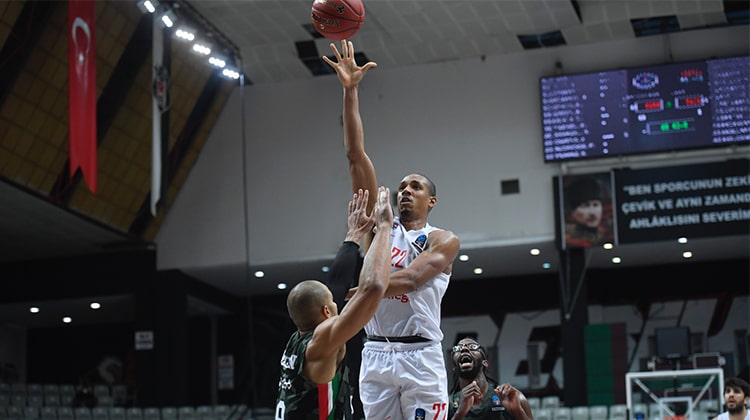 Bahcesehir Koleji met UNICS Kazan, for the seventh gameweek of 2020 – 2021 7DAYS EuroCup season. In a tough game, Bahcesehir Koleji were so close to get its first win in the competition but couldn’t get it done in the last minutes.

Bahcesehir Koleji started the game with Jamal Jones, Alex Perez, Erick Green, Burak Can Yıldızlı ve Josh Owens five. The Red Dragons had a great start to the game and led its opponents by 15 points at the end of the first quarter (22 – 7).

Coming off from the lockers, the Red Dragons had hard time on the offensive side of the game and in the third quarter, fell behind to its opponents with 48 – 53.

In the last quarter, Bahcesehir Koleji fought hard to get its first win in the EuroCup but couldn’t stop UNICS Kazan and Jamar Smith and lost the game by 67 – 70.

The Red Dragons’s top scorers were; Erick Green with 22 points, Jamal Jones with 14 points and Burak Can Yıldızlı with 13 points.