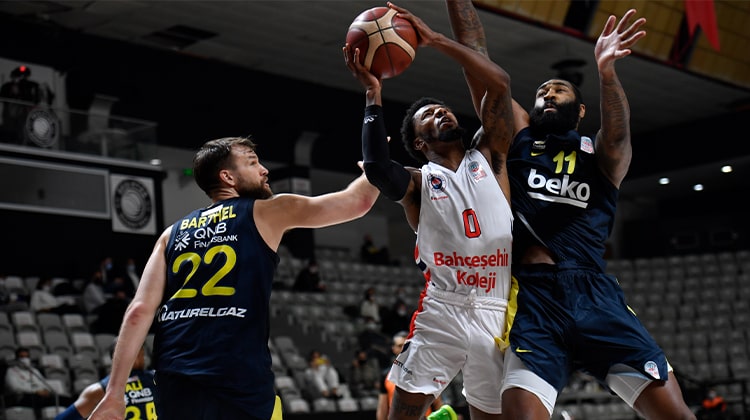 Bahcesehir Koleji hosted Fenerbahce BEKO fort he 24th gameweek of the ING Basketball Super League. The Red Dragons kept their rivals close in first half but couldn’t pull a surprise and lost the game 61 – 78.

The Red Dragons started with Ismet Akpinar, Erick Green, Erkan Yilmaz, Stefan Jankovic and Vladimir Stimac five and controlled most of the first quarter which was ended 18 – 18.

In the second quarter, Fenerbahce BEKO took control of the game and headed to locker rooms with 37 – 25 lead.

Coming off from the lockers, Fenerbahce kept controlling the game and won 61 – 78.