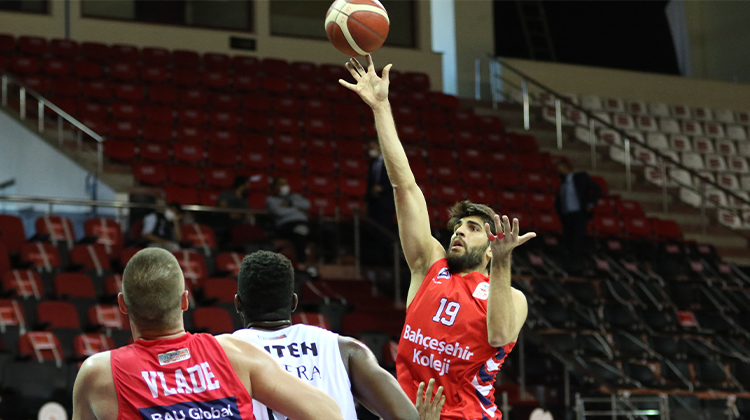 Bahcesehir Koleji met Empera Halı Gaziantep Basketbol on road for the 29th week’s postponement game. The Red Dragons came out onto the court without Ismet Akpinar, Ridvan Oncel, Stefan Jankovic, Peyton Aldridge and Deniz Kilicli. Bahcesehir Koleji tried to chase down its opponents in the second half but couldn’t make it and lost the penultimate game of the season with 88 – 77.

The Red Dragons started the game with Shannon Evans, Erick Green, Jamal Jones, Burak Can Yildizli and Vladimir Stimac five. Antep had a fast start to the game and led Bahcesehir Koleji 22 – 15 at the end of first.

Bahcesehir Koleji held the gap between 8 – 12 throughout the second quarter and the teams went to the lockers with 48 – 37 Gaziantep lead.

Coming off from the lockers, Bahcesehir Koleji once had down 19 but managed to fight back and entered to last quarter with single digits (68 – 59).

In the last quarter, both teams had difficult times to score points. The Red Dragons cut the lead to 7 once but couldn’t keep it up and lost the game 88 – 77.

Top scorers of Bahcesehir Koleji were Burak Can Yildizli with 17 points, Shannon Evans with 16 points and Erick Green with 14 points.

Bahcesehir Koleji will meet Aliaga Petkimspor on 11th of May for the 30th and final game of the 2020 – 21 ING Basketball Super League.