Not An Ideal Start For Bahcesehir 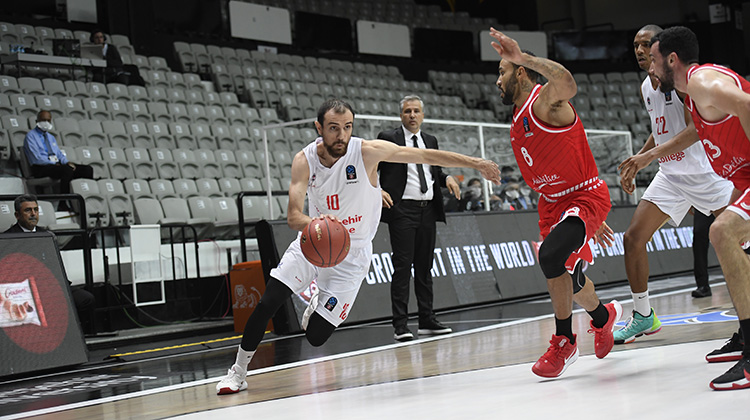 In its first ever 7DAYS EuroCup game, Bahcesehir Koleji lost by 17 to another newcomers, French JL Bourg after a far from optimum performance from start to finish.

Bahcesehir Koleji started the game with Ismet Akpinar, Erick Green, Burak Can Yildizli and Peyton Aldridge five. JL Bourg had a pretty good start to the game and ended the first quarter with 31 – 15 lead.

In the beginning of the second quarter, Bahcesehir Koleji tried to cut down the lead to single digits but the guests responded it’s efforts by a 7-0 run. French team kept the dominance of the game and sides went to the locker rooms with a 57 – 39 JL Bourg lead.

JL Bourg started the third quarter with effective offensive performances of Zachery Peacock and Danilo Andjusic and kept the points difference more or less the same and entered the last quarter with 79 – 61 lead.

Bahcesehir Koleji started the last quarter with the offensive leadership of Alex Perez and tried to get closer to its rivals but JL Bourg didn’t make any mistakes and kept the Red Dragons at bay and won the game with a score of 99 – 82.